On November 19, 1989, several young ladies of Alpha Kappa Alpha Sorority, Incorporated met to begin plans for a new Graduate Chapter in the Triad. The meeting was held in the fellowship hall of Trinity A.M.E. Zion Church on East Florida Street in Greensboro, NC. Mrs. Mary H. Griffin (Beta Iota Omega chapter) served as our facilitator as attention was given to ideas relevant to the establishment of a new chapter such as size, community involvement, service projects, reactivation, and fundraising. This group was named “Pearls Among the Ivy”.

On March 18, 1990, a chartering ceremony was held at the Holiday Inn Airport in Greensboro, NC. The Pearls Among the Ivy became Sigma Kappa Omega Chapter of Alpha Kappa Alpha Sorority, Incorporated, and the 100th chapter of the Mid-Atlantic Region. The charter members of Sigma Kappa Omega were: 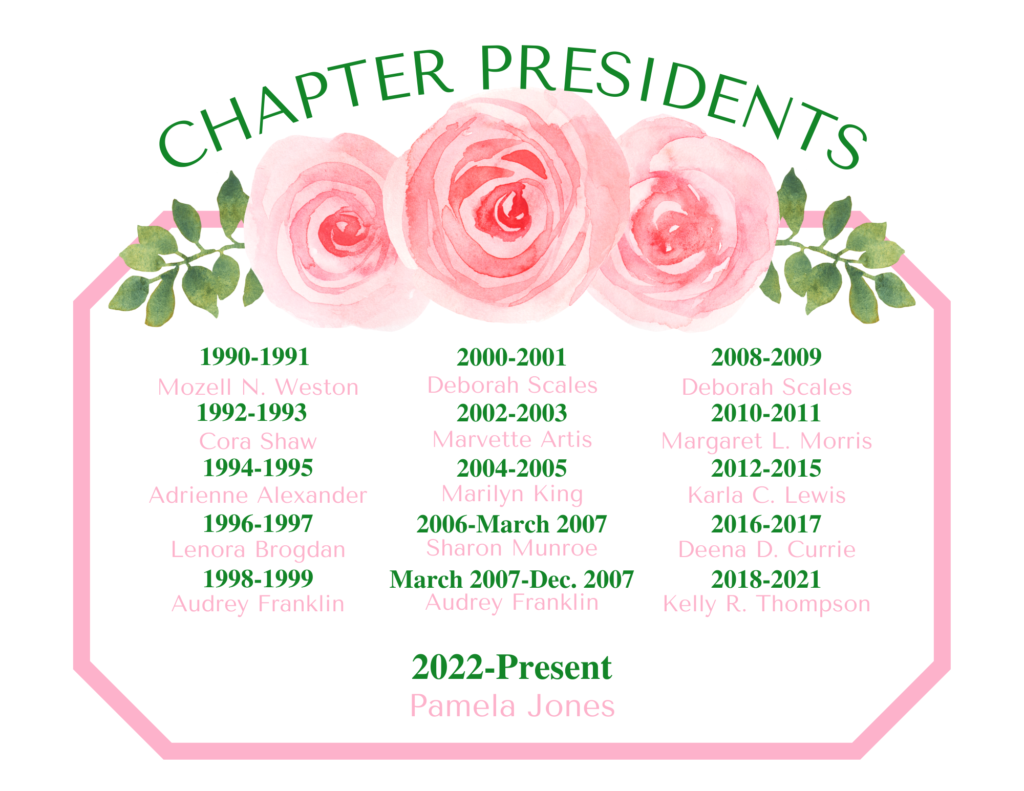